Jeff Larentowicz announced his retirement in a social media post on Monday, bringing his distinguished 16-year career in Major League Soccer to a close.

The 37-year-old is a two-time MLS Cup champion and the all-time leader in minutes played in the Opta-MLS era. He finishes his MLS career with 437 career regular season appearances, only the second field player in league history to reach that number. 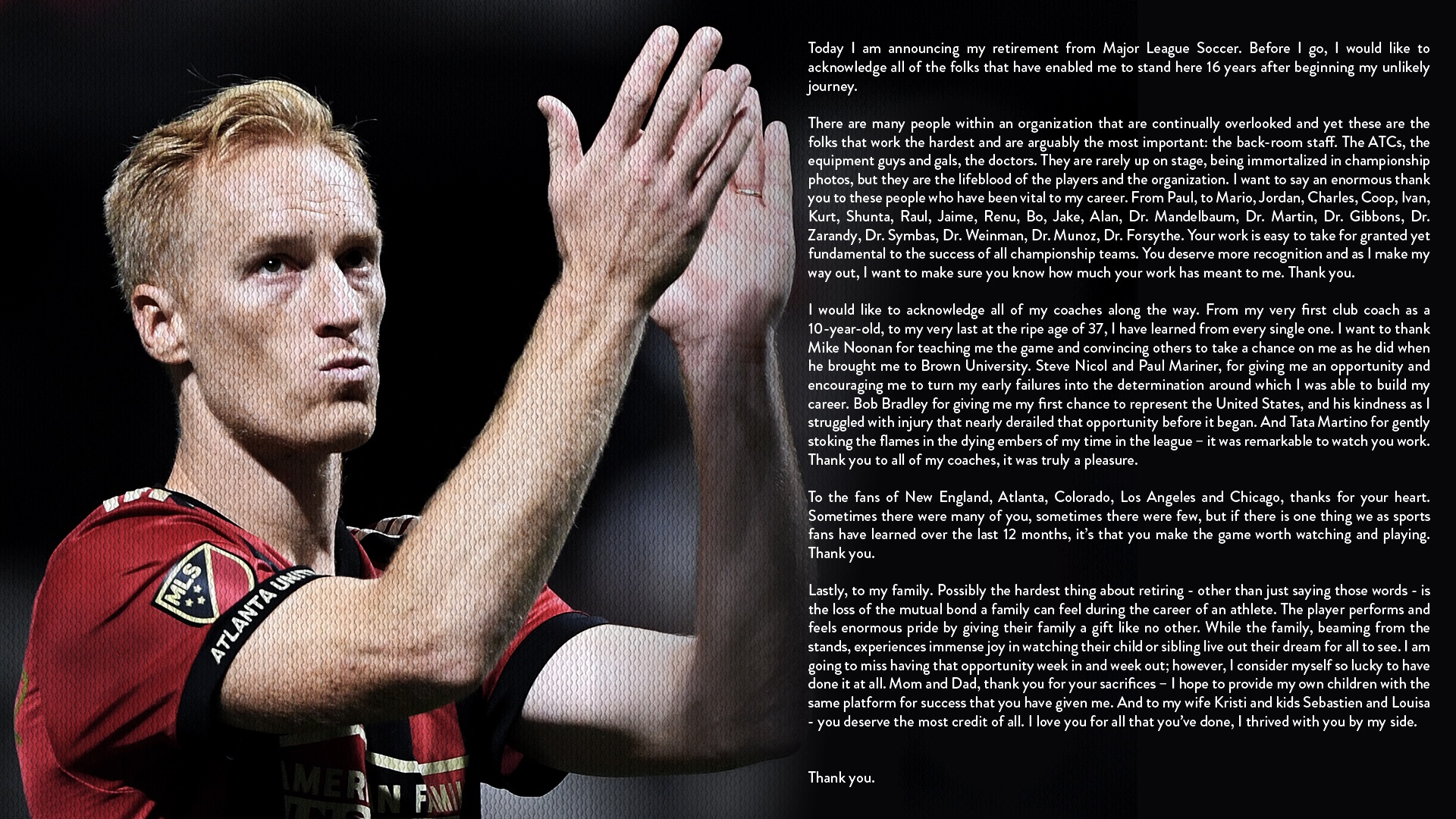 Known throughout the league as an elite leader and one of the most consistent players of his era, the durable veteran was a key player in the midfield and backline in his final four years at Atlanta United, where he was a fixture for the 2018 team that won MLS Cup in the club's second MLS season.

Larentowicz won his other MLS Cup with the Colorado Rapids in 2010.

Selected 45th overall in the 2005 MLS Supplemental Draft by the New England Revolution, Larentowicz played for the Revs, Rapids, Atlanta, Chicago Fire FC and the LA Galaxy during his career. He also earned four caps with the US men's national team.