The first time Cameron Dunbar rode up the main driveway at Dignity Health Sports Park, the young kid born just down the road knew his destiny.

"I can remember the very first day I got to the academy driving up there, the big entrance and seeing the stadium," Dunbar recalled of that first day. "And I was like, imagine if I got to play there. I looked over and asked my aunt who was driving me there, and I said, 'imagine if I get to play in there.'"

And play, he would.

Dunbar, 17, is one of the emerging young talents in the LA Galaxy organization. Signed in late 2019 after four years with the LA Galaxy Academy, Dunbar has forced his way into head coach Guillermo Barros Schelotto's rotation. Making his first-team debut during the team's participation in the MLS is Back Tournament in Orlando last month.

In his lone start against the Portland Timbers, the winger seemed right at home at the highest level. There was no worry about his smaller frame or the fact that he had appeared in just one professional match prior—an LA Galaxy II match in early March where he scored once and assisted in a 5-2 victory over Rio Grande Valley.

Dunbar could frequently be seen testing defenders down the flank and even winning a penalty during his 66 minutes of action.

"[The start] let me know that they believed in me and trusted me to get the job done. I wasn't just some 17-year-old kid getting some time with the team. They believed in me," he said. "The first time I got to dribble the ball and drive at the backline, I'll remember that for a while.

The MLS is Back Tournament proved to be a significant learning experience for the youngster who was able to learn firsthand from the likes of Cristian Pavon and Javier "Chicharito" Hernandez. During the near month-long stint in Florida, the teenager kept in close contact with his family back in California, often playing FIFA with his younger siblings, Adam and Nicholas.

His initial success was born through the work put in during his Academy days when his parents, Sean and Camille, were often shuttling Dunbar between school and the soccer pitch. It may not have been the most traditional lifestyle for young Cameron, but it was one that he was uniquely suited to thanks to his hard work and effort.

"He was always willing to sacrifice the birthday parties or the school dances because he had a game or a training session," Camille said. "It wasn't anything that we needed to force upon him, but he always took the initiative to put his development first."

Perhaps no place is Dunbar's maturity on display than his vocal stance in support of racial and social inequalities. Amid the rise of the Black Lives Matter movement, Dunbar has been among the club's most vocal supporters by frequently speaking on behalf of the Black community.

During the height of the movement, it was Dunbar who was instrumental in crafting the club's message around the Juneteenth holiday. Providing the final line, "No one is free until we are all free." At the MLS is Back Tournament in Florida, Dunbar donned the name of Breonna Taylor on the back of his jersey. In doing so, he honored the memory of the 26-year-old African-American emergency medical technician, who was shot and killed by the Louisville Metro Police Department. 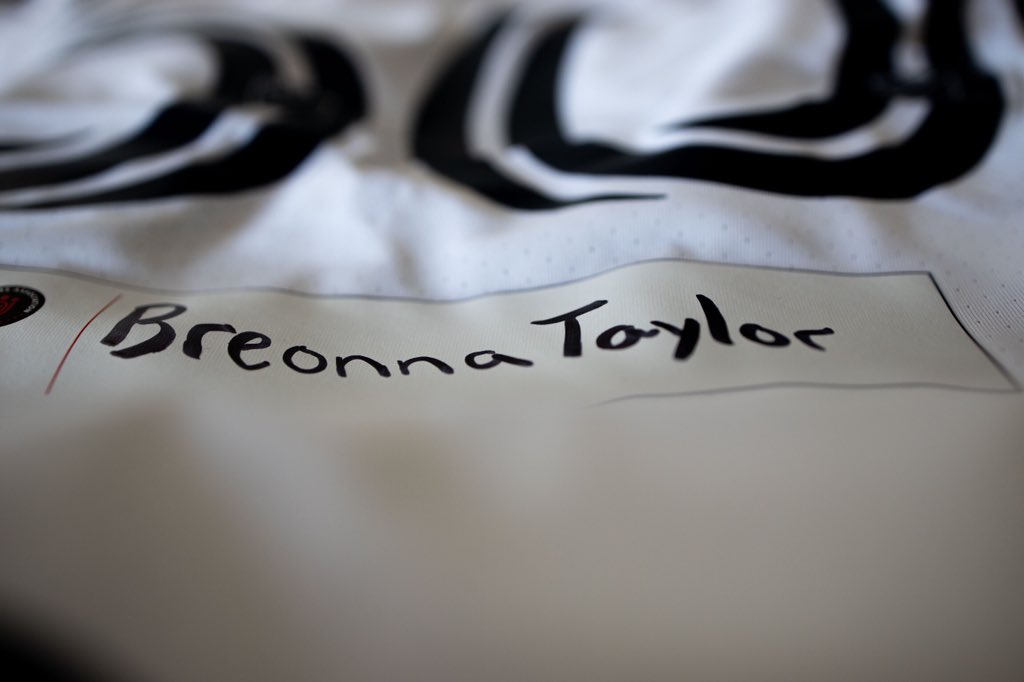 "Her name is one that should be known," Dunbar said. "We have a long way to go, but hopefully, this small part plays a role."

This social consciousness was instilled upon Cameron and his brothers at a young age by their parents.

"As parents of three black boys in America, you know we have a responsibility to make sure that we educate the children on the challenges and difficulties of people of color. We've made sure that we've made that a point to have the tough conversations with the boys," said Sean.

"It's really exciting and something that we're proud of," Camille said. "Now that he's becoming a young adult, it's nice to see him taking a stand."

A confident young man on and off the field, Dunbar, ever the perceptive one, is aware of his growth and believes his story is just beginning.

"Honestly, I used to have bad confidence. If I'm honest in the beginning, when I was going to new environments or new teams, I would always struggle. And I think over time I had to get it through to myself that you can't let this happen anymore.

"Always, you have to believe in yourself to be the best version of yourself. I mean, I got to take it day by day, working, pushing to get more minutes with this team. As long as I believe in myself and work hard, then the good things will start to come."